Our organization is guided by dedicated individuals from various professional fields and who bring expertise to New Jersey Connect, Inc. in the areas of accounting, finance, fundraising, housing development and management, government, law, spinal cord injury research, and disability advocacy. Elisa Sananman is the founder and Executive Director of New Jersey Connect. Formerly a CPA, Elisa holds an MBA in accounting from Rutgers University and an MA in Anthropology from the University of California. She believes that a few committed people working together can make big changes in the community. Christopher Allora is a Senior Vice President and Private Wealth Advisor with the Merrill Lynch Private Banking Investment Group. Chris graduated from Lafayette College in 1997, earning a BA in Economics and Government/Law. Chris received his MBA in finance at the Stern Business School at NYU in 2005 and has his Certified Investment Manager Analyst (CIMA®) designation from Wharton. Bruce H. Bergen served two terms on the Union County Board of Chosen Freeholders from January 2013 through December 2018, serving as Freeholder Chairman in 2016 and 2017. A practicing New Jersey attorney since 1980, he was previously a partner in the Cranford law firm of Krevsky, Silber & Bergen and currently is “of counsel” to the firm. He was the Springfield Township attorney for 17 years; in 2019 joined the Office of the Union County Counsel as Executive Deputy County Counsel and in June 2020 assumed the position of the County Counsel.

Born and raised in Cranford, Bruce has been a Springfield resident for more than 35 years. He has been a member of the Rotary Club of Cranford since 1982 and is currently in his third term as president of the service organization. In 1993 he was named a Paul Harris Fellow, that organization’s highest honor. He joined the Board of NJConnect in 2014. Edward Heaton has been a member of the Union County Advisory Board on the Disabled since 1993. He also served as the Public Policy Fellow for the National Council on Disability (NCD) in 2001. Prior to serving as the Policy Fellow, Ed was employed by Home Box Office for 20 years and served on their Diversity Committee. Ed has been a member of the New Jersey Connect Board of Trustees since 1994.

Rhoda Miller has extensive experience in the non-profit, government and business sectors, particularly in the area of affordable housing development. She has been an active development participant and financial advisor on various mixed-finance and HOPE VI affordable housing developments in New Jersey. She provides financial consulting, helps negotiate investment offers, and provides project management services, including consolidated planning support. As Vice-President Emeritus of The Metro Company, Ms. Miller remains associated with the firm and is available for consultations.

Prior to joining The Metro Company, Ms. Miller worked in the development department of the Jersey City Housing Authority. She also worked for the New Jersey Department of Community Affairs administering Balanced Housing Program funds. Earlier in her career, Ms. Miller was a staff member with a New Jersey based private foundation with a focus on public policy issues. Susan Howley entered the spinal cord field in 1982 as Director of Administration for the Stifel Paralysis Research Foundation (SPRF), a family foundation in Short Hills, New Jersey. Several years later, SPRF merged with the American Paralysis Association (APA) where she was Executive Director from 1985 to 1992 and then became Director of Research. Her responsibilities for APA’s research included the administration and oversight of the Individual Research Grants program and the 1995 launch of its International Research Consortium on Spinal Cord Injury. The Christopher & Dana Reeve Foundation was the result of a 1999 merger of APA and the Christopher Reeve Foundation. Shortly thereafter, she became the Executive Vice President for Research and was charged with implementing a strategic expansion of the Foundation’s research program, which included development of the North American Clinical Trials Network (NACTN), the NeuroRecovery Network (NRN), and most recently, guidance and financial support for a human epidural stimulation research program called the Big Idea.

She currently serves as Research Consultant to the Reeve Foundation. Philip T. Pasmanik is Senior Tax Manager of Planning and Compliance at Hunrath, Napolitano, Quigley & Taylor, LLC. He is a CPA with an MS in Taxation from Seton Hall University and more than 25 years of comprehensive experience providing tax planning and compliance services. Apu is a consultant with NOC Services Corp., specializing in information technology services for small businesses and schools. A life-long Springfield resident, Apu has been a volunteer member of the Springfield First Aid Squad for nearly three decades, having held numerous elected and appointed positions over the years. He is also a Deputy Emergency Management Coordinator for the Township of Springfield, a liaison for Union County’s Office of Emergency Management EMS Mutual Aid and a Technology Specialist with the State of New Jersey EMS Task Force.

Prior to graduating from Stevens Institute of Technology with Bachelors of Engineering degree, Apu attended The Pingry School where he continues to return regularly working on the school’s communications and data infrastructure and school safety plans, as well as teaching an Emergency Medical Responder course to high school students. Prior to becoming the Managing Director at ALLEVO Community Capital, Richard worked as the CEO of Monarch Housing Associates, a statewide NJ non-profit focused on creating a REAL impact in the lives of vulnerable communities by building affordable and supportive housing and working to end homelessness. As the managing member, Richard brings to ALLEVO Community Capital his passion to unleash the power of capitalism to ensure that the opportunity zone investments meet our triple bottom line of financial return, the amount of additional economic activity and new jobs and how will it have a positive social impact on distressed opportunity zone communities. Manuel is the Director of the Union County Office for Persons with Disabilities and Special Needs (OPDSN). Prior to this role, he has worked for the County of Union for 10 years. Manuel received his Masters in Public Administration in 2015 at Kean University and in 2019 he received his Masters in Business Administration at Northeastern University. He is currently taking courses to become the ADA Coordinator for the County of Union. Additionally, for the last 13 years, Manuel has volunteered at Camp-Fatima of New Jersey, a week-long sleep-away camp for special needs children and young adults.

In Memorium of Charles Newman When he was sixteen, Charlie suffered a spinal cord injury during a football game and was left quadriplegic. He persisted undaunted, obtained a BS in business administration from Seton Hall University and established himself as an advocate for those who live with physical disabilities. He first worked at the NJ Division of Vocational Rehabilitation and then became the director of the Union County Office of the Disabled where he served for 27 years before his retirement. He worked for passage of the Americans with Disabilities Act and was at the White House when President George H.W. Bush signed the bill into law. His advocacy helped change state law on handicapped parking placards to prevent abuse by non-disabled drivers and he became a resource on accessibility issues for state and county.

Above all, Charlie believed in the right of anyone with a physical disability to live in the community with dignity and independence. He was a passionate advocate on their behalf, and an inspiration for those he worked with and those he served. 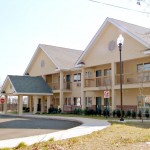 The 14 apartment units are fully accessible for individuals with mobility impairments. END_OF_DOCUMENT_TOKEN_TO_BE_REPLACED 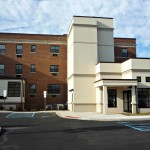 The project includes 8 one-bedroom units and 2 two-bedroom units, which are all fully accessible for individuals with mobility impairments. END_OF_DOCUMENT_TOKEN_TO_BE_REPLACED 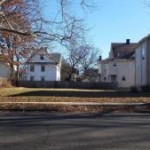